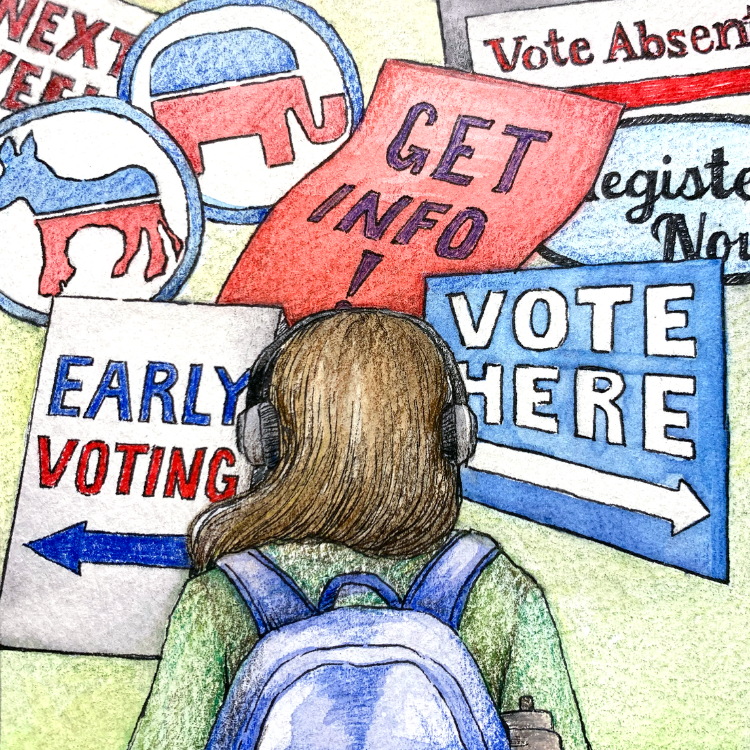 For some reason, there’s a big gap between young Americans’ intention to vote and the chance that they will actually do it. In this episode: a look at why so few young people in the United States vote.

When asked before an election, 80 percent of young people say they will vote, and then they don’t.

Duke professor D. Sunshine Hillygus says she’s heard it all about why young people don’t vote: “that young people are apathetic, that they’re disinterested, that they are selfish and narcissistic and too busy taste taking selfies rather than thinking about the common good or civic life,” she says. But her research shows that’s not the case. “The vast majority of young people are interested in politics, they care who is elected.”

So Sunshine Hillygus and her colleague John Holbein decided to focus on the gap between intention to vote and actual turnout. In this episode, we explore what they learned.