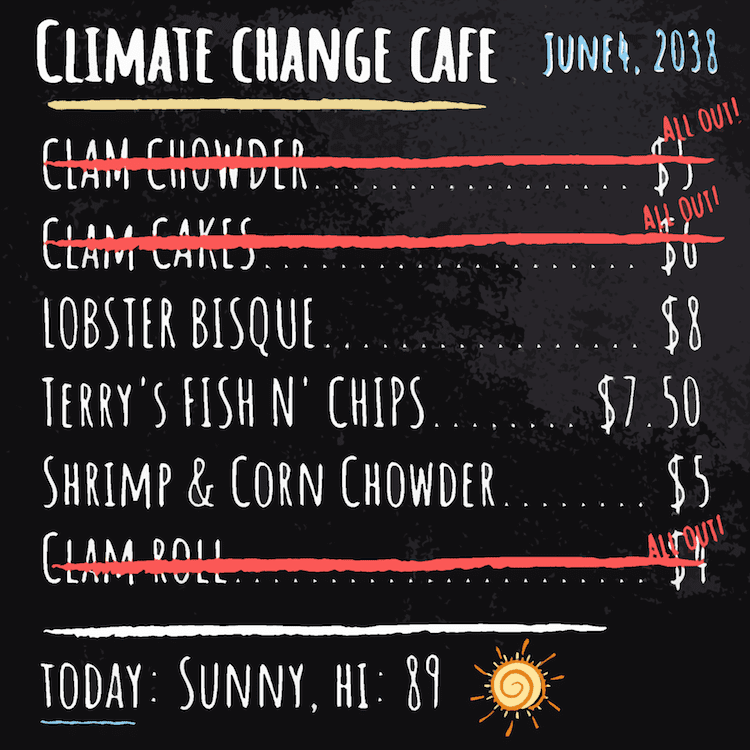 S4 Episode 4: Adding Up the Bill for Climate Change

Climate change is affecting both nature and the economy. Who will take the hardest hit financially as the world heats up, and can anything be done about it?

Chad Coffin is a commercial shell fisherman in Maine. Maine clammers have traditionally bagged about half of the nation’s entire soft-shell clam harvest. But the harvest has been declining for years, and in 2017, it was the lowest in 87 years.

What happened to all the clams? Scientists point to climate change. The Gulf of Maine has been getting warmer. It’s much more hospitable to green crabs and oysters than clams.

As clamming has gotten harder, Coffin, president of the Maine Clammers Association, has taken on new kinds of work. He started an oyster farm, for example. But he worries that not everyone can adapt to climate change as well as he has.

“The problem is that the people that are most dependent on fisheries are the ones that don’t believe [that climate change is happening],” he says. In his community, it’s educated people who are finding ways to earn a living in a warming world, getting grants and building aquaculture projects. “It’s not everyday, average clammers or fishermen.”

Billy Pizer is an environmental economist and professor at Duke University’s Sanford School of Public Policy. He compares the present-day costs of taking action to the future benefits we will see if we reduce global warming. Is it worth it to spend more now to prevent problems in the future — problems similar to what Maine clammers are experiencing?

Pizer says the financial impact of climate change will depend on where you live.

The fight against climate change requires global effort and cooperation. That’s hard to achieve when everyone experiences the effects differently, Pizer says.

“The climate change we feel is going to be as much a consequence of what we do as what China does,” he says. Somehow, we have to build a global trust between countries, and develop the capacity to work together to solve this massive problem.

Special thanks to the Duke Sanford World Food Policy Center for their support of this episode. Their podcast is called the Leading Voices in Food.