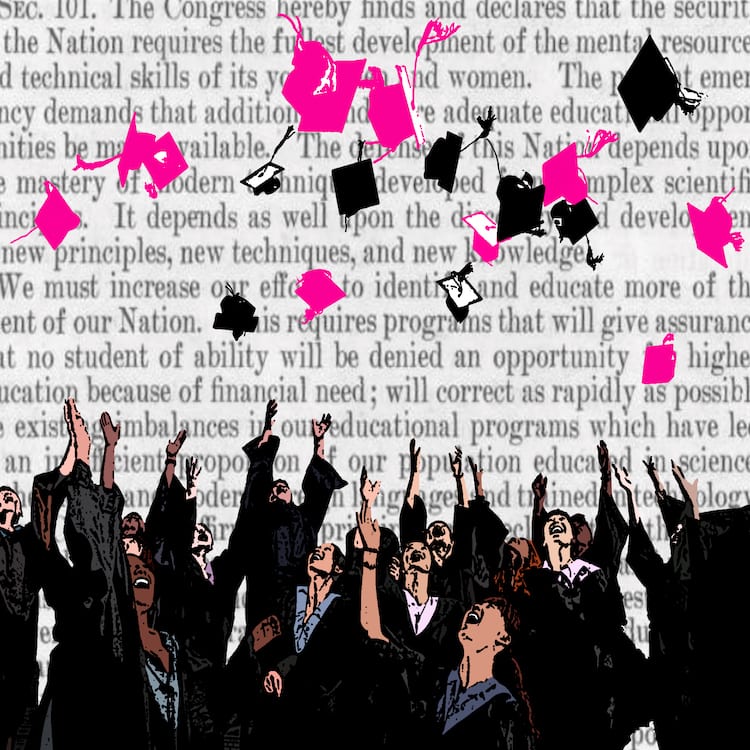 Today, women outnumber men on college campuses, but that wasn’t always the case. Before the 1960s, colleges routinely used gender quotas to suppress the number of women on campus. Some colleges excluded women entirely.

There’s a curious backstory to how more women ended up in college, and it starts with the Soviet’s launch of the satellite Sputnik in 1957.

When Sputnik launched, it was a big deal in the U.S. Many saw the launch as a Russian win in the race to space.

“With the stunning defeat in the space race, the U.S. panicked, people were really freaking out,” says Duke political historian Deondra Rose.  “This event really dashed Americans’ perceptions of our relative strength when it came to academics, when it came to science and technology.”

At the time, an Alabama lawmaker named Carl Elliott had been trying to get legislation passed that would provide federal support for students who wanted to attend college. The legislation was going nowhere.

“There was a sense of urgency,” Jolley remembers. “A very clear feeling that, yes, that this was the opportunity and we had to take advantage of it and get a bill ready because we thought we could pass it.”

In this episode of Ways & Means, we tell the story of how the authors of the National Defense Education Act were able to turn politics of crisis into a law that eventually opened the door to college to millions of American women.